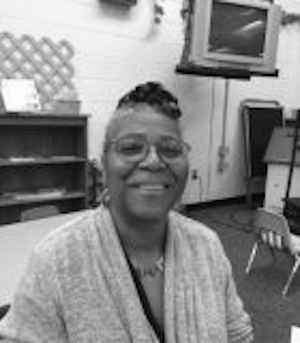 Preschoolers and Pretend Gunplay:
What Should We Do About It?

I teach in an inner city public school at-risk preschool center program. Our building houses 20 preschool classes.  Three fourths of the population is African American and one fourth of the population has Hispanic roots.  The daily schedule includes an hour of free, open-ended learning centers/play and at least thirty minutes of outdoor free play.  Unstructured indoor centers/play is defined as allowing the children to select activities to do and use materials throughout the classroom with the child leading the play or activity with occasional conversations/prompting by adults.  Materials are open-ended such as blocks, manipulatives, art, etc.

Many schools across the country have a zero tolerance policy which may result in children being suspended for making anything that may resemble a weapon (including pointing a finger) or displaying behavior that may be perceived as threatening.   Preschoolers often make pretend guns with various objects at school.  Some preschoolers engage in pretend violent play or bad/good guy games.  Children often pretend play events that they see or hear about.  Dramatic play is a way of children reenacting things they see and hear.  Play for preschoolers is often defined as how children solve life.

The suspension rate for preschoolers who exhibit rough housing play and pretend gun activities is rising as seen by news reports across the country. According to Civil Rights Data Collection released by the US Department of Education on suspension of preschool children, Black children make up 18 percent of preschool enrollment, but 48 percent of preschool children suspended more than once. Boys receive more than 3 out of 4 out-of-school preschool suspensions. 6,743 children who were enrolled in public pre-K received one or more out-of-school suspensions in the 2013-14 school year. More incidents are being reported where children have been arrested or shot by someone who thought the child was a threat because they had a pretend gun.  Teachers have reported how some children have been disciplined for carrying water guns to schools. Teachers have discouraged this type of play without explaining why and giving alternatives to this play. Children are exposed to scenes involving guns and violent fighting (super heroes, video games, action figures toys, television, movies and unfortunately in some neighborhoods). Teachers are faced with the dilemma of ignoring, banning or letting the children engage in this type of play. Teachers are not given or steered towards resources for dealing with the issue in a way that is age and developmentally appropriate for young children.

My research question was: How should teachers address gun making and pretend violent play in a positive way so that a child is allowed to explore the world through play but become aware of a difference between violence and nonviolence and play in a safe way? Since we know children are going to play this way, is there a way to take make positive changes when this type of play is observed?

I sent a survey to preschool teachers in my district. The following theories were confirmed: teachers felt uncomfortable with children reenacting bad/good guy and pretend gun play yet they did not address the subject with the children. Many teachers had not taken time to reflect on this type of play. Many teachers banned or ignored any form of this type of violent looking behavior.

I shared the results of the survey in four professional developments for teachers. The objectives of the workshop were to reflect on attitudes about children and pretend gunplay play, review studies and works on the subject and share strategies for handling the gunplay during the school day. I learned many teachers discouraged this type of play because they had enough to deal with.  Many teachers admitted they had not looked at the crime or events that were happening in neighborhoods where their students reside.  They felt this information at the workshop was an eye opener.  Some teachers said they did not know how to handle talking about pretend gun play.

A post survey was sent to participants after the workshop. The workshop provided teachers an opportunity to discuss and share their feelings and strategies on dealing with pretend gun and other types of pretend violent like play. Besides engaging in discussions, teachers were willing to reflect on and deal more positively with the children who are involved in this type of play. Many teachers were not aware of the research on pretend gun play. Many teachers did not take into account the significance of play. Based on the engaged conversations, I believe that teachers would be interested in resources to help make pretend gun play less prevalent and teach children to solve problems in a nonviolent way. Teachers are in need of resources to address this type of play with the children in a positive manner that is age appropriate and productive for the children. Teachers are willing to try new strategies and resources but don’t always have time to research especially when it is not an academic priority.

I believe if teachers have conversations about the differences between violent and peaceful solutions, and guide pretend gun play by encouraging children to use alternative solutions, the children will reduce the display of antisocial behaviors and learn to practice peaceful, compassionate ways to solve problems during unstructured play times. The teachers were given a chance to talk about this in the workshops. Schools have social/emotional curriculum for preschoolers but I have not found any to date that deal with preschoolers and pretend gun playing. During my next cycle, I would like to partner with teachers who are interested in creating a collection of literature, activities, and information to use when they observe this type of play. These resources would help teachers decide how to deal with pretend gunplay in a developmentally appropriate and ethical way while teaching citizenship to young children.

Icons from The Noun Project: